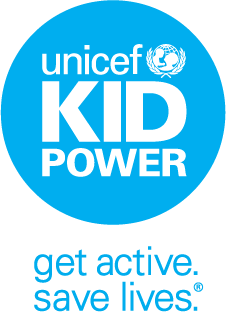 UNICEF Kid Power is a movement powered by kids. Built for a new generation of global citizens, Kid Power uses the world’s first Wearable-for-Good® to get kids moving and taps into their inherent desire to help their peers. By joining the Kid Power Team, kids get active so that children everywhere can grow up healthy.

Kids can download the free App or wear a Kid Power Band, which measures their movement and unlocks Kid Power Points –the more they move, the more points they earn. Power Points unlock funding from partners, and funds are used by UNICEF to deliver lifesaving packets of Ready-to-Use Therapeutic Food to severely malnourished children around the globe.

Today, 17 million children around the world suffer fromsevere acute malnutrition. These children are nine times more likely to die than children who are well-nourished. In fact, malnutrition plays a role in nearly half of all under-five child deaths, about 3 million deaths each year.

Join UNICEF Kid Power to put children first. Together we can help save the lives of malnourished children all over the world and create a new generation of active, healthy, globally-minded citizens.

Other ways to donate